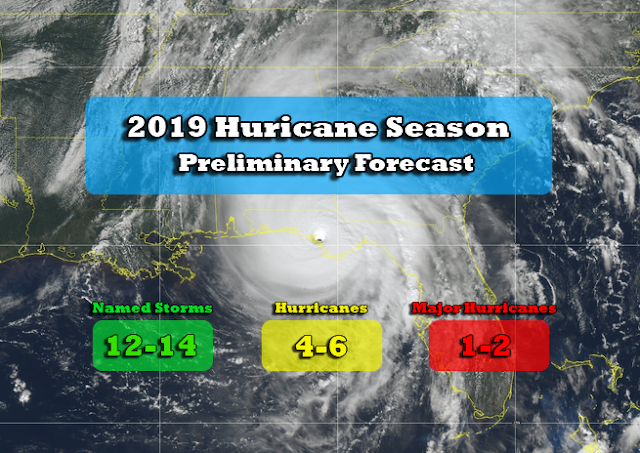 While in some places, it feels like winter will never end, hurricane season is looming, and the start of it is less than two months away. Yes, the bulk of these tropical cyclones won't form until August, but I wanted to take an early look on what could be in store for us in the 2019 hurricane season. 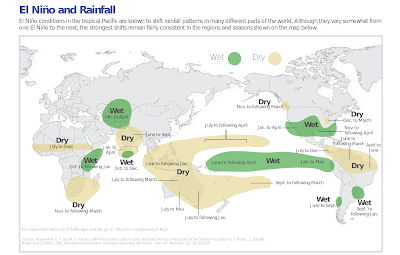 The first thing we have to look at when talking about anything climatology related is the ENSO. We are currently in an El Niño and are expected to remain in that state through all of hurricane season. So how will this affect our storms? El Niños tend to be unfavorable for the development of tropical cyclones, due to the increased wind shear they bring. Also, they tend to make the WAM (West African Monsoon) drier, and since a large percentage of tropical cyclones originate from the WAM, this could mean less tropical waves from Africa.

Now let's take a look at some climate models. Keep in mind that these tend to be very unreliable, but when they all agree or line up with other factors, they are more believable. As we get closer to hurricane season, energy from the equator lifts north into the MDR (Main Development Region), where most hurricanes form. It has been anomalously dry around the equator in this part of the world, and most climate models predict this to rise to the MDR. This is very believable to me because it lines up with the effects of an El Niño that I just discussed. 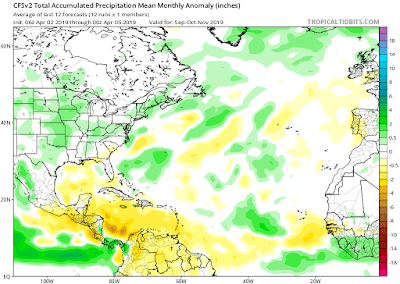 Looking at climate models for the peak of hurricane season, what really stands out to me is the very dry Caribbean they show. This makes sense to me because since the number of tropical waves from Africa is predicted to be less numerous, the amount of moisture that reaches the Caribbean should decrease as well. 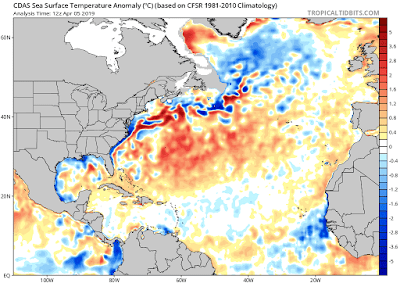 Finally, let's take a look at current SST's over the Atlantic, the most noticeable thing here is the very warm SST's in the subtropical Atlantic. This is very similar to last year, and because of this, we had many subtropical cyclones form very far north. This plays a large role in my forecast. As you can see, SST's in the MDR are pretty neutral currently.


I really like the forecast by CSU and my forecast is quite similar to it. I believe that the very warm subtropics will lead to many weaker cyclones forming in these northern latitudes. Since I think the MDR will be more shut down than usual, fewer powerful systems will be able to form in the tropical areas, and this will end up being a year with an above average number of tropical cyclones but a below average number of powerful tropical cyclones.

So there was my preliminary forecast for the 2019 hurricane season. I hope you enjoyed this blog!