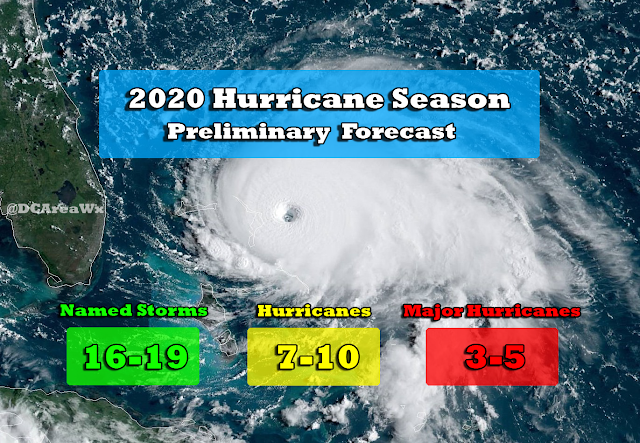 Hurricane season is approaching quickly, and we're under two months away from its official start. However, we are still far from the peak of the season, but it doesn't hurt to take an early look at some of the factors that go into a hurricane season. Below, I'll be discussing the ENSO, VP anomalies, the NAO, SST anomalies, and some of the climate models. I'll be leaving out the Saharan Air Layer (SAL) and West African Monsoon (WAM) as we are still too far out to get a good handle on those factors. So let's start with the ENSO. 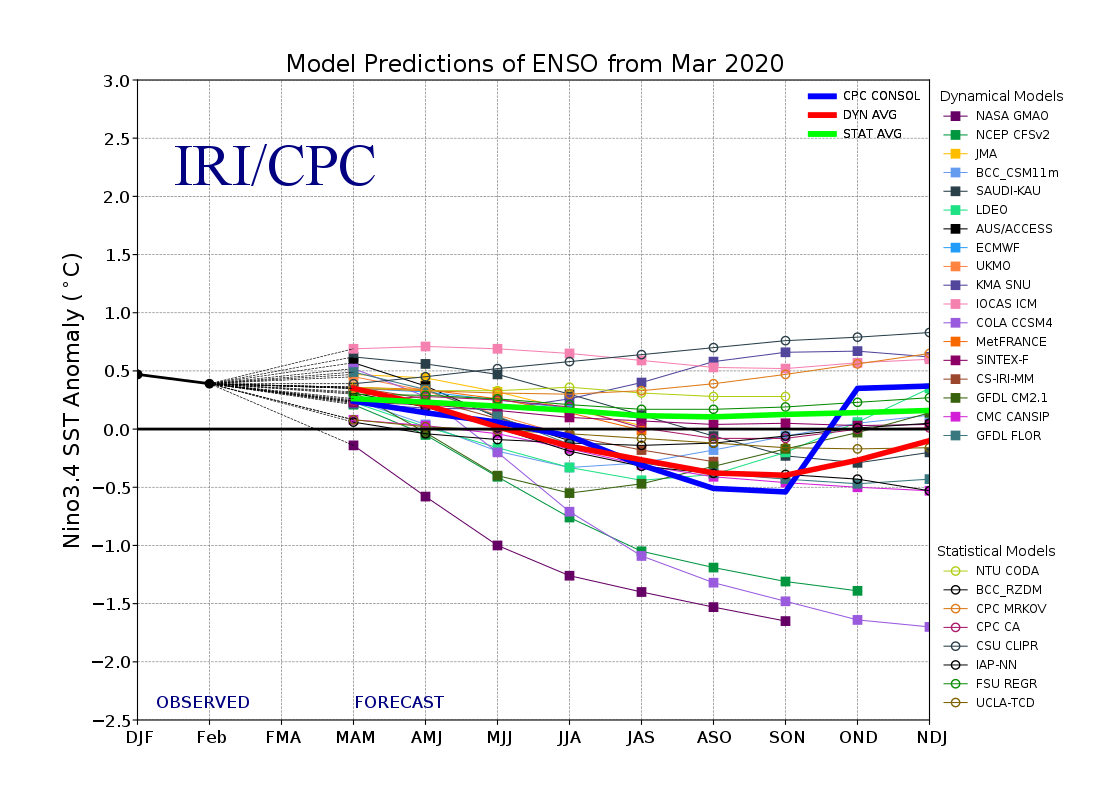 The El Niño Southern Oscillation (ENSO) plays a crucial role in the global climate and can have a large impact on a hurricane season. Currently, we are in a weak El Niño and have been for the last 2 years. However, all major climate models have us cooling to a cool neutral ENSO by August, many even putting us in La Niña territory. La Niñas are caused by an increase in easterly trade winds, which helps reduce wind shear over the Atlantic.

An early sign that we are indeed going into a cool neutral ENSO is shown in a diagram of SST anomalies below the ocean's surface. Looking at the diagram above, you can clearly see a cold pool developing beneath the ocean surface, under the warm surface. Given enough time, this cold pool should eventually rise to the surface, slowly cooling the ENSO region. 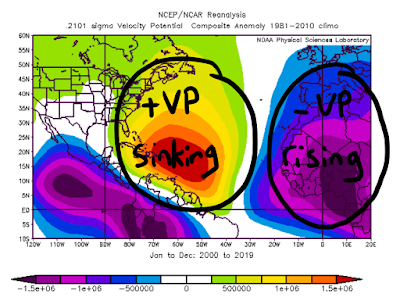 For much of the 21st century, we've had a persistent VP anomaly pattern in the Atlantic; a sinking branch  (+VP's) over the Caribbean and a rising branch (-VP's) over North Africa. This tends to mean that very strong waves come off Africa, but have some trouble developing convection as they move west.

This sinking branch can be masked, however, by a La Niña. Cooling of the SST's in the ENSO region promotes sinking in the Pacific, leading to rising in the Atlantic. Strong tropical waves and rising air in the Atlantic is a dangerous combination, so we'll have to watch the evolution of the VP anomalies in the Atlantic closely. 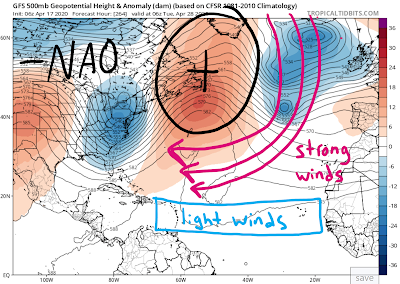 The NAO is an important feature when it comes to hurricane season, especially before the peak of the season. Throughout the vast majority of the winter, we were in a +NAO, but recently, we've switched to more of a -NAO. A -NAO means that there is a blocking high near/over Greenland, rather than being farther south in the subtropics. This causes increased winds and upwelling over the subtropics and decreased winds and upwelling over the tropics. This cools the subtropics and allows the tropics to warm, which 1) helps to center rising air over the tropics and 2) provides more fuel for tropical waves. 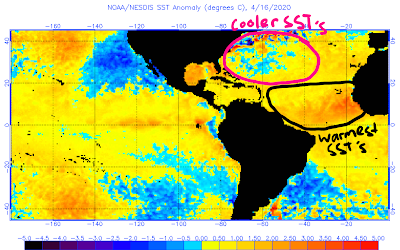 Currently, the majority of factors should help warm the tropical Atlantic. Both the La Niña and -NAO lighten winds over the tropical Atlantic, allowing the ocean to warm. The -NAO also promotes cooling in the subtropics, so if it sticks around, we should see that region starts to cool. While SSTA anomalies aren't everything, this paints an ugly picture for the upcoming hurricane season, and I believe we could be looking at an active MDR season. 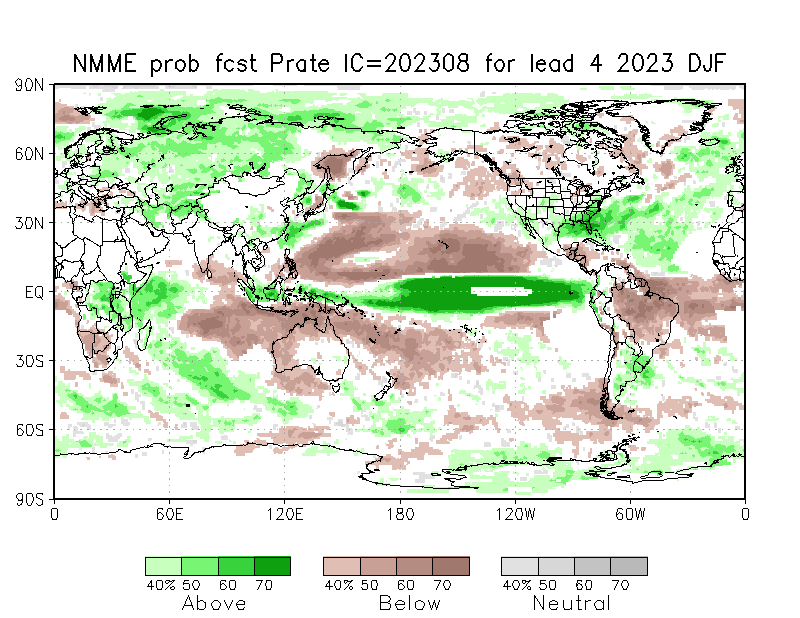 Finally, let's talk about climate models. While definitely not my favorite tool, consistencies between them can help confirm or deny my theories for the upcoming season. This year, most major climate models predict above-average MDR rainfall and -VP anomalies over the Atlantic, well in line with my thoughts for the season.

So that's my preliminary forecast for the upcoming season. As you can see in the first picture, I've predicted an above-average hurricane season, as almost all factors point to one occurring. I may end up increasing the numbers in my forecast. Before I get any more aggressive with my forecast, however, I'd like to see how much the ENSO cools, how favorable the SST pattern over the Atlantic looks, and how often we see the -NAO. Thanks for reading my outlook, and make sure to follow me on Twitter @DCAreaWX!